California: Crack and Cocaine Sentencing Will Finally Be Equal!

Let’s go back, way back to the 1980’s when when the Reagan Administration began implementing divided sentencing for cocaine possession and crack cocaine possession. Many people are unaware of the major differences between the two drugs, and the truth of the matter is…there’s not very much difference aside for two chemicals: baking soda and water (which creates the rock). Crack cocaine is the smokable version of cocaine. 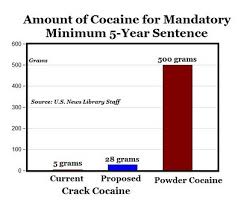 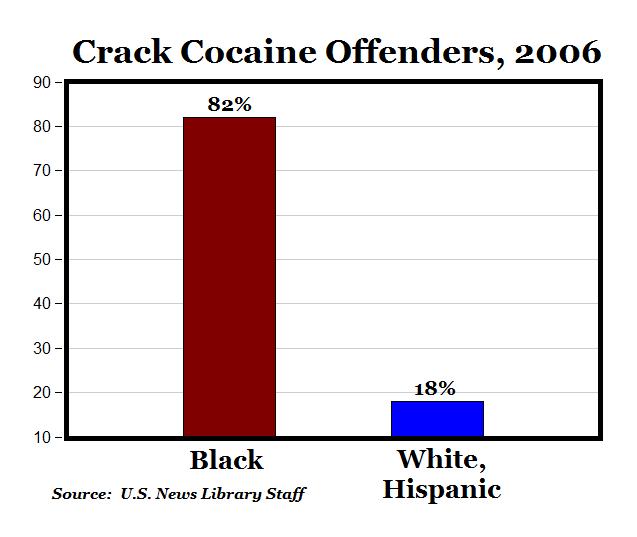 I bet you are asking yourself, “I always thought crack cocaine was worse.” One of the reasons for that mindset probably has to do with the Anti-Drug Abuse Act of 1986 which basically perpetuated the myth. This law solidified that penalty for crack cocaine over cocaine charges included a minimum of a 5 year prison sentence and a 100:1 weight ratio. At the time cocaine was much more expensive which meant primarily used by white individuals while crack cocaine was primarily used by African Americans. This law created what we know today as a major racial disparity in sentencing. According to U.S. Senator Dick Durbin, “The sentencing disparity between crack and powder cocaine has contributed to the imprisonment of African Americans at six times the rate of whites and to the United States’ position as the world’s leader in incarcerations.”

As you can imagine, this new law equalizes the disparity which is a huge win for continued civil rights of all Americans. “The California Fair Sentencing Act takes a brick out of the wall of the failed 1980’s drug war era laws that have devastated communities of color, especially Black and Latino men,” said Lynne Lyman, state director of the Drug Policy Alliance, “we are actively dismantling institutional racism. I hope California’s action gives momentum to the remaining 11 states that still retain this unjust and irrational racial disparity in their penal codes,” Lyman concluded. Read the full story here: http://www.drugpolicy.org/news/2014/09/governor-jerry-brown-signs-california-fair-sentencing-act-eliminate-disparities-crack-a