As advocates for change we know that drug policy has dictated the way Americans view substance
use disorder and mental health. We believe that the approaches of yesteryear have failed, creating mass stigma and harsh measures to dealing with drug users. These strategies have created a lack of emphasis on treatment, safety and compassion. Our aim of promoting drug use as a public health issue instead of a criminal justice issue is a core focus of our work. We are proud to have supported and advocated for state and federal legislation related to issues such as: 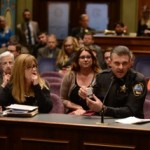 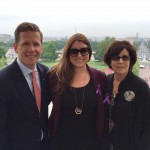 Congressman Bob Dold, and cofounders, Jody Daitchman and Chelsea Laliberte Barnes, MSSA, in Washington DC the day of the House vote for Lali’s Law (it passed 414 to 5). It is hopeful to become a part of the Comprehensive Addiction & Recovery Act (CARA). 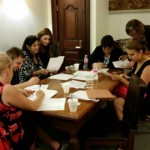