Stigmas with Drug Use in College Opposed to Post-Graduation

My name is Grace, and I’m a college student. With two years of college under my belt, and this new knowledge that I have acquired through being a Communications Intern at Live4Lali, questions about drug use in college in comparison to drug use post-graduation have come to mind.

Homework, parties, lack of sleep, and experimentation with drugs and alcohol are all characterizations of the American college experience. If you looked through my Instagram feed in mid-September, you’d be surprised to see nearly every post pictures 18-22-year-olds with Red Solo cups in one hand and a vape device in the other. But who cares, right? They are “in college, so they’re supposed to do that!” At least that’s what my peers around me would say. Behind the Instagram picture, it’s not a secret that college parties often involve cocaine, marijuana, prescription drugs, and more.

According to AffordableCollegesOnline.org, “the use of amphetamines [in college], including Ritalin and Adderall, nearly doubled between 2008 and 2013.” One of the reasons for this need for experimentation is the culture that young adults are in when attending a college. Being surrounded by other people using drugs, Greek life, and the stresses associated with classes instigate curiosity in young adults. While drug use can be harmful to individuals, the fears related to drug use and the consequences of using drugs often are put on the back burner for the 4 years that a person may be attending a college.

Some of the phrases I’ve heard in my two years of attending college is:

But my question is, why is drug use in teens and young adults glorified in college, yet when individuals are handed their diploma and given a full-time job, drug use is less glorified, if at all? According to the Center on Addiction, 1 in 4 individuals who used drugs or alcohol before the age of 18 experience a dependency on the substance compared to a dependence of the substance involving individuals who used drugs or alcohol after age 21. With this idea in mind, those individuals who are experimenting in their first couple years of college have a harder time stopping the use of that substance; so I’m suggesting that the glorification of drug experimentation in college is setting a person up for a life of drug use post-graduation. Once these individuals are no longer considered college students, the idea of “just having fun” doesn’t really apply to them very often, if at all, when using drugs. Stigmas and harmful language such as “junkie” and “addict” are applied to people who use once they enter the workplace or “adulthood.”

Through the glorification of drug use on college campuses in the media, young adults are given the impression that it’s a “normal” and expected part of their college experience. Movies like Neighbors and Pitch Perfect display college in the way I have been describing, further proving the societal expectation for these behaviors to occur. Parents, children, teenagers, and young adults watch movies like this and don’t think twice about the drugs used by college students. I am even a victim of watching these movies without thinking about the underlying message portrayed about substance use. So, as this idea permeates society, drug use does, too. Through these messages, substance use disorders begin in college and can continue throughout someone’s life.

I wouldn’t have first-hand knowledge about being in a professional workplace and using drugs, considering I’m still in college and given the free pass on experimenting. But, I see how substance use among friends and family members who are older than me is perceived by society. For example, a person with kids is seen as irresponsible and selfish when they use drugs. A person who works a 9-5 office job is considered unprofessional. These labels are typically only handed out once a person has reached adulthood. Giving the “free-pass” to college students but not to adults has never made sense to me, and it doesn’t set people up for a healthy outlook on substance use.

I propose that people question books, movies, and even themselves, when they see their attitudes and opinions of people who use drugs change depending on their stage of life. Everyone is at risk of a substance use disorder, whether they’re in college or not, and I urge people to learn about the individual first before applying those stigmas to them. The conversation about drugs should be consistent with every age to eliminate the dangerous laissez-faire approach to young adults as well as the shame and guilt that may be felt by people who use drugs post-graduation. 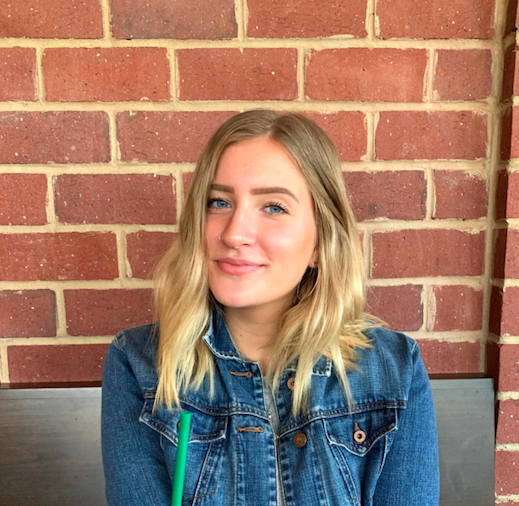 Grace Koeppen is one of our Communications Interns for the summer. She will be a junior at Roosevelt University and majoring in Integrated Marketing Communications with a minor in Sociology. Grace lives in McHenry and enjoys spending time with her 4 dogs and hiking in her free time.